What is the future of graphic design?

I believe that history has tendency to repeat itself. First one has to wander on what stage are graphic designers right now? A lot of postmodern designers value their independence and refuse working in groups preferring to do photography, sketching/painting, and later computer design all on their own. That reminds me of some all-rounded artists/writers/scientist like William Blake, DaVinchi, and others. So in the nearest future I would expect the art and design society moving even more forward egocentric side of art. However any artist is a human being, it means that he or she a biosocial creature to begin with. The isolation would bring some kind of depression or “dark ages”. Time like that is also needed to process information and shift the technologies that exploded and continuing to explode.


At any epoch creative people depend on technology available at the time. Technology wise I personally would expect to see more three-dimensional and later four-dimensional computer-based simulation and imitation in graphic design and art. It is also fun to think about moving away from the usual medium and switching to some ecology-safe materials, like design made with plasma and laser that would change itself (form, color, or texture) depending on the position of the planets… At last, artists are proven to be one of the most se 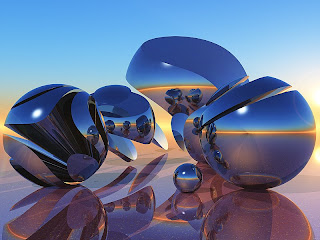 nsitive groups of people reacting at any social, technological, political and other changes. So the concept itself will depend on may different factors. I'd say first it will go digital - expression through technology.