Since the invention of the first production camera, the Brownie, the world of the picture has grown at a feverish rate. Up until the mid-1800's images were relegated to the artist. Once negative film was perfected the use of the camera, still and motion, has been a key in capturing moments in time. From the Civil War through the first flight at Kitty Hawk to the first steps upon the moon, images were key in telling the story. Without them many important moments would have been lost forever.

We in today's society are bombarded with imagery. Images of life, images of death, images of family and friends, and images of historical events are some of the ways we see the world around us.

For American images of one of the most bloody pieces of history where adoring the newspapers of the times. This was the only way many Americans could see the Civil War. The horrors of war. The same is true for World War I. Only the images of that war was not just confined to the U.S. This was a global conflict and the brutality of war was seen by the millions. In World War II the image was expanded to include a growing new and exciting medium, the motion picture.

During the Vietnam War another new medium was feeding images of brutality and death world wide. The television was inundating the public with images of death and destruction on a nightly basis. Americans could not escape this night bombardments of not just the war but of society coming apart in this country. Yet millions of Amercians were glued to televisions and newspapers waiting for the latest installments of information from around the world. 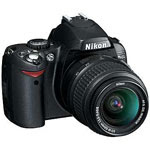 With the coming of the digital age and the Internet people all over the
world could capture and process billions of images of every conceivable
kind. Now instead of the little trickling of images we received during the
1940's and through the early 1980's, the world at large is being bombarded with information in seconds instead of hours and days.

Images are everywhere now. They are not confined to the newspaper,
television, news reels, and movies. they encompasses our every being. Walk into a friends home and look around. You will see images on the walls, on tables, in photo albums, on computer screens. Your friend wants to show you his child's first steps. What does he do? Turns on the T.V. and VCR and plugs in a tape made of plastic. Pow! There it is, a movie of his kid walking for the first time.

Look in Wal-Mart sometime. What do you see? Images of some sort. Images to show how a product works. Images that sell. Images that point the way to something. Even images of how much your bill will be. Images everywhere. Yet take all the images away and see what will happen. Back into the dark ages we go.

We, as a global community depend on images to communicate. The way we process this information is key to the way we live. Society as a whole is imaged based. From the moment we wake up we start processing images in our brains. Sometimes there is an overload of images that can drive a person to do stupid things. But we need to process this information to get us through our daily routines. This is a fact that will stick with society forever and will never changes. As long as there are humans alive, images will continue to rule our existence. 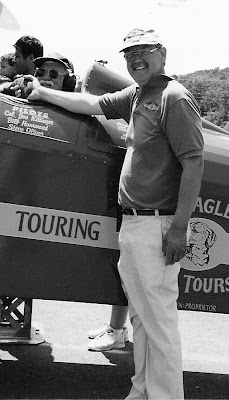