One instance of modern iconoclasm

Icons over the years have been around forever. Many if the Eastern Christians were skeptical of the new introduction of imaging the divine. This could be due to the Old Testament and the passage of the second command from the Bible:
"You shall not make for yourself a graven image, or any likeness of anything that is in heaven above, or that is in the earth beneath, or that is in the water under the earth; you shall not bow down to them or serve them; for I The Lord your God am a jealous God, visiting the iniquity of the fathers upon the children to the third and the fourth generation of those who hate Me, but showing steadfast love to thousands of those who love Me and keep My Commandments." 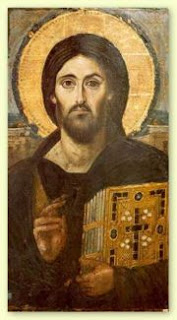 Iconoclasts believed that veneration of icons was idol worship, so icons should be destroyed. These icons were either completely destroyed or defaced with whitewash. The consequences of iconoclasm have affected art tremendously. The iconoclasts were responsible for destroying countless works of early Christian art. One of the oldest and unspoiled iconic images that withstood the iconoclastic movement was Christ Pantocrator from the Saint Catherine's Monastery, Mount Sinai. This icon remains to this day very special to the Eastern Orthodox Church. The image shows Christ holding the New Testament in his left hand and makes the gesture of teaching or of blessing with his right. This painting was painted in encaustic on a panel from the sixth century. It was actually believed to b much older than all actuality the real originating date was discovered when it was cleaned in 1962. It wasn’t until 843 when the restoration of icons began. The restoration occurred under the Macedonian dynasty.
Posted by Anna Stanhope at 7:29 PM