In 1965, President Lyndon Johnson signed the National foundation on the Arts and Humanities Act, which established the National Endowment on the Arts and the Humanities Foundation. This served as an umbrella for the National Endowment for the Arts (NEA) and their respective councils. President Johnson was quoted as saying: "Art is a nation's most precious heritage. For it is in our works of art that we reveal ourselves, and to others, the inner vision which guides us as a nation. And where there is no vision, the people perish."

Since ‘ 65, the most prominent source of government support for the arts has been from the National Endowment for the Arts. Surprisingly, federal support for creative activities began with the U.S. Constitution itself, when the United States’ Founding Fathers authorized the establishment of a copyright system. One theory holds that by allowing individual creators to retain the financial interests in their intellectual property, they would be encouraged to create. This was thought to be in the interest of the nation. However, there were trade-offs. Creators could restrict the use of thier works, limiting free speech. Our government has also implied tax deductions for charitable contributions to non-profit educational institutions, including museums, symphonies, and other artistic organizations. 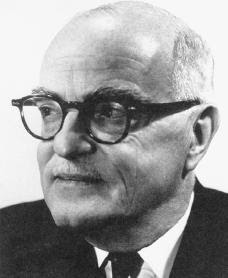 The House of Representatives released a minority report expressing concern about federal support of the arts. They believed this could lead to attempts at political control of culture. This report quoted playwright Thornton Wilder saying that "government should not subsidize a national theater because the voters would then become critics with the power of censorship at the polls." People have argued that the NEA should be shut down for different reasons. Some believe that the NEA can’t be trusted with the taxpayers' dollars. Others believe that attempts to draw guidelines on acceptable programming unavoidably infringe on the freedom of expression. They believe the arts should be left to the private sector.

My belief is that the arts should continue to be supported in any way by anybody. I am a sceptist at heart and do not trust any group with considerable power. But, without this support, I agree that people as a whole would miss out on a tremendous amount of art. After asking people I know and admire, thier belief is that without government support, we could not flourish as individuals, a society, or a culture. It is definitely a tough descision on whether I support government funding or not.
Posted by oscar felan at 9:30 AM

Labels: Government Funding for the Arts