What has been photography’s impact on the world of fine art, illustration, and graphic design? 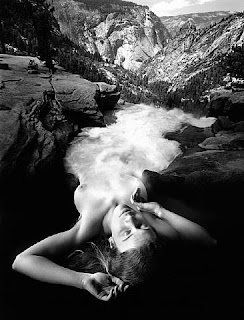 All of this work was done without computers. He overlayed the negatives on top of each other.

Photography has had an enormous impact on our world today, as we know it. Just about any advertisement you see has some form of a picture involved with the advertisement. When you look at even the beginning of photography you see how people, mainly artists, could have been threatened by the emergence of this art. In a way photography turned the realistic era of painting and drawing and made people think more outside the box. Instead of trying to reproduce a picture for you with pencil or paint, they found a way to make the pieces more abstract.

How this art form changed graphic design was that it gave us another item to be able to use in the pieces we make. In the world of fine art, it changed the way we looked at things along with the posing of the models. While it is true that many painters and sketchers still use models, it did make it a little less complicated if they wanted to draw something and they had a model that was unable to sit for them. A picture could have that person, in that pose, eternally. We can capture moments that we do not want to forget and also have moments capture that we would rather not remember. We can show someone else a product without them having to have their hands on it. We can remember loved ones that we have lost.
I think that if I was an artist that lived back during the time when photography emerged, I think that I would have been threatened, at first, but then I think that I would have been interested in photography and probably wanted to start learning how to take photographs. I think its obvious impact has truly changed our worlds.