Photography impact on the world of fine art, illustration and graphic design

Since its modest beginning in 1827, photography has given the world a new perspective on life and art. It is hard to underestimate the impact of Photography on the World of visual Art as well as the world itself. We do not always fully realize to which extent photography has influenced the culture. With photojournalism it awakened the world to the horror of war and spread knowledge of other cultures. In every day life it preserved memories for thousands by po

rtraiture, which before photography was a luxury only available to aristocrats. It documented some social aspects of life like abuse and poverty that has not been explored before. Like any other invention it quickly became a new powerful tool for the different groups of people such as artists, designers, and illustrators.
Pepper, 1930
Edward Weston negative,
Cole Weston
printedward-weston.com

Photography impact on the world of illustration and graphic design
Unlike the world of Fine Art, worlds of illustration and graphic design accepted Photography quite painlessly. First illustrated book, “The pencil of nature”, was published in 1844 with real photographic prints tipped-in. Faster and some how chipper processing of the 19th century was greatly appreciated by publ 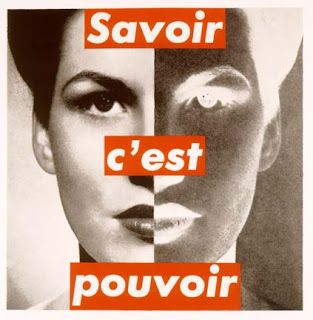 ishers of magazines, sales cards and catalogues. The advertising business has been widely using photography to produce images for magazine and newspaper adds. Symbiosis of photography and advertisement were also prevalent for political and revolutionary propaganda, for selling strategies and ideas.
Savoir c’est Pouvoir (Knowledge is Power) 1989
Barbara Kruger
two-color aluminum plate lithograph
Phhotography impact on the world of fine art
After invention of Photography, visual artists were going through all sorts of emotions ranging from aggressiveness and competitiveness to quite rational thoughts about using this new tool for their own purposes. Producing realistic imagery and “Copying Reality” was no longer needed so the artists started moving towards abstraction. To some, the development of new ideas was obvious. As a result the new approach to art with emphasis on representation of emotions started to develop. Artists experimented with new ways of seeing to set themselves apart from photographic pictures.

Ironically enough analytical series of photographs in motion recording the actions from two or three points of view (prototypes of the moving pictures) like racehorse or flying birds influenced on development new art style – Analytical Cubism. I believe it is safe to assume that a lot of the Modern Art styles at some point may be linked to the world of photography.

As a response some photographers were becoming more and more creative with their works trying to achieve some dramatic or abstract visual effects more typical for paintings. In order to do so some new techniques were developed such a sandwich or complicated composition assembled from 30 negatives, etc. The cold war between fine artist and creative photographers was going on for a long time until the term “fine-art photography” occurred separating aesthetic Photography (“Painting with light”) from photojournalism, commercial and armature photography.

Although Photography has been finally approved by the art World by now, it took photographers over a century to try to convince artists and the public that photography was a valid art form. Critics argued that photos robbed the viewer of the chance to use his or her imagination, that photography lacked the creative element of true art. Perhaps most importantly, a photograph is something anyone can create nowadays, which turns a camera into 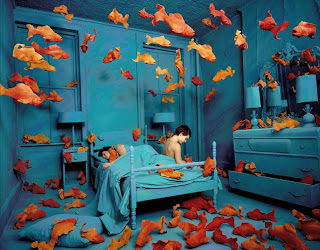