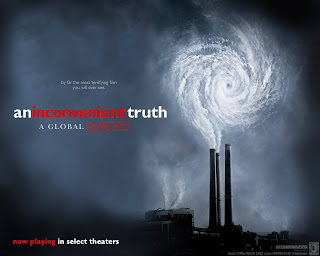 while propaganda comes in many shapes and sizes, its messages are quite simple in purpose. your agenda moves forward, and the opposition's moves back.  the goal is the outright silencing of opposing views.  it will glorify your side and vilify the other.  often one is made to feel foolish or wrong if they don't support the message being given.  perhaps the best modern example of this is the campaign against "man-made" global climate change (if that is still the politically correct way to address the phenomena formerly known as global warming).
this image uses a few key graphic design tricks. first high contrast red white combination brings attention to the text.  Red is used due to the fact that we inherently associate red and Danger.  to add emphasis "warning" is as it would appear on a warning label or stamp.  Next, we have the erie image, giving clarity to the message.  its quite simple really, smoke stacks all over the world built by man are spewing out deadly gases that create more deadly natural disasters.
propaganda must also be timely in order to have maximum effect.  the powerful have always wrested catastrophe into propaganda.  the attacks on september 11 2001 gave way to the war in the middle east in the same way that the 2005 hurricane season is used in the above piece.  assuming that global climate change is caused by mankind the more factual ad would have been a picture of methane from a cow melting a massive glacier.  however in august of 2006 nobody would know what he was trying to get at (and why he seemed to have teamed up with monty python).
Fear is by far the easiest way to silence opposition.   who can say no to invading Afghanistan if  we risk another attack like on sept 11 2001 ?  likewise who can say no to a more expensive and even toxic compact florescent light-bulb (cfl bulbs contain mercury, toxic to humans and the Environment) if it will keep the evil hurricanes at bay?   this poster does an excellent job of tying looming fears to the overall message. 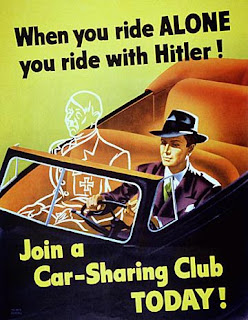 Much like this world war II era poster.  this poster could just as well say  "when you use Incandescent Bulbs, you KILL poor people with Hurricanes! Buy a CFL bulb Today!" when you look at images like these you think "uh-oh i better act now or else the evil hitler, terrorists, or global climate change will kill us all." then we are called to action.  in the case of the movie poster it is simple, if you don't watch this movie the world will end.
i hope i have outlined some of the ways to be a successful propagandist.  may all your fearmongerings be horrifying.
Posted by grant l. tompkins at 8:39 PM

Your mentioning of the use of the color red is important. It appeals to the oldest and most primitive parts of our brains.