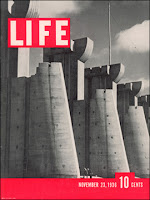 The first photograph was created in 1826 by Joseph Niepce and by the turn of that century most families in the country owned a personal camera. However, the practice of photography was not easily accepted by everyone. Painters suffered greatly, especially those who made a career out of painting portraits. Those seeking portraits of themselves or their families found photography more appealing for a few reasons: it was more affordable than portrait paintings were, it took less time to capture a photograph in comparison to portrait painting, and it was undeniably more accurate than most portrait paintings.
This new approach to art known as photography forced artists to seek out new forms of painting that now camera could ever replicate or replace. They began dramatically altering their work from the color choice to the subject matter they chose. This new approach was extremely successful. It created historical and highly influencial art movements still studied today. Much of these works of art were unrealistic and abstract such as cubism, expressionism, and many others.
After the invention of photography and it's growing avalibility and use, illustrators became especially pleased. The use of photograhy for illustrators meant the end of hand made plates which saved time and allowed them to create more detailed engravings with photographs to work from. Photography also meant that illustrators had more freedom to express themselves artistically and explore illustrations that stray from realistic representation of objects as practiced before.
Photography was a very valuable form of communication then and still is today. It communicates ideas on a wide scale. It would be nearly impossible to go one day or even one hour without viewing a picture or an advertisement in a civilized country such as the U.S. This idea is exactly what makes photography useful for graphic designers.
During wartime, photography was a main tool in propaganda. Photography also captures history and can even make a story for photo journalists. Picture magazines such as "Time" and "Life" were produced soon followed by fashion magazines such as "Vogue" and then more worldly magazines like "National Geographic". None of these magazines would have ever been what they were and still are today without the impact that a picture provides to the public.
Photography was and still is an extremely useful tool especially in the graphic design field. It's hard to imagine a world without pictures and all the great art movements that photography ultimately caused.
(Photo link http://crave.cnet.com/i/bto/20070327/Life_firstcover.jpg)
Posted by Jaymi Allen at 12:06 AM