apocalypse and fear. a match made in heaven. 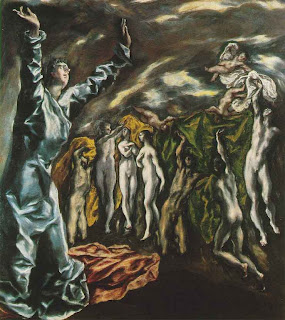 Perhaps the most difficult thing about this assignment was (aside from not being able to find a usable version of my favorite apocalyptic image which totally ticked me off and changed the direction of my writing and thought all together) narrowing my choices to just two.  well, i just decided not to.  first we have a picture depicting the apocalypse dated 1608-1614.  its a basic biblical visualization of the biblical apocalypse. the general idea here is doom and gloom. the Fear generated by this image strikes a chord with us and we become emotionally drawn into, the story.  i believe that this helps to pay attention, live right or we could be like these folks.
El Greco, The opening of the Fifth Seal of the Apocalypse
El Greco, 1608–1614
oil on canvas
224.8 × 199.4 cm
The Metropolitan Museum of Art, New York City 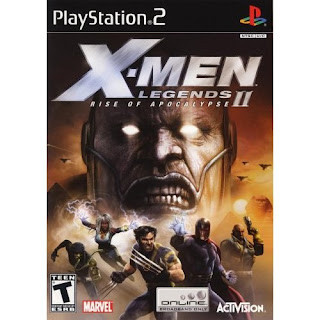 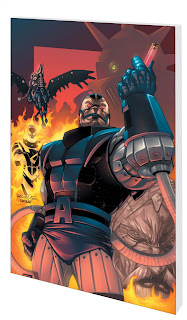 next we have two modern images that personifies the biblical apocalypse into a super villain (complete with four horsemen)  with the same name.
with these images the goal is to incite viewers' present associations with the fear and 'evil' of the biblical apocalypse in order to draw us into the story and in this case videogame.   this gets us excited because if we don't play all the way through this big nasty evil thing wins. 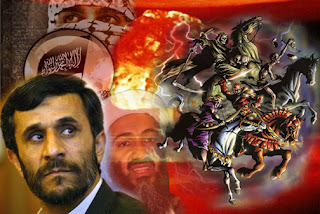 http://swordattheready.wordpress.com/
this last pice is perhaps the most interesting.  it is a pice of anti-achmedimashad (or however its spelled) Propagada.  it ties the biblical apocalypse to apocalyptic feeling the viewer likely felt on sept.11th 2001 through the alleged mastermind osama bin ladin.  a woman in the background depicts the suppression of women while at the same time adding a feeling of concern with her eyes.  then we have the modern symbol of apocalypse, the mushroom cloud.  even still there is a black flag (which has never had a positive meaning) with arabic writing.  these events and feelings are immidiatly associated with  with the current president of iran and the middle east as a whole.
in the end we see that
fear has always been used as a means to get audiences to pay attention.
there are few ways to give more fear than depicting the end of the world.
the end of everything we know and love.
The End.
Posted by grant l. tompkins at 9:29 PM