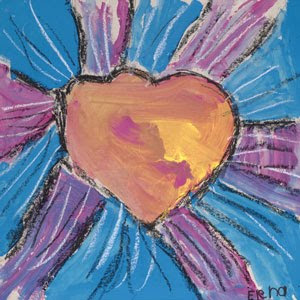 New roles of artists in the modern era are to be business people and a voice to help change occur in the world. By using what they love art to make a honest living. Things that caused this shift would be the church is no longer the center of attention. Its a modern world, new world with more technology being invented daily. Art is more appreciated and comes in may forms paintings, sculptors, photographs, sketches.
Role persists today in different forms. I think art is done to make a living and to do what you love and love what you do. I believe its used greatly in trying to express a good cause. For example, artwork from Elena Desserich a 6 year old who was diagnosed with pediatric brain cancer she left a little piece of her own art work in random places around the house. Since her death, at the age of six her parents have found messages through out the house over months time. Its as if she left them as a way of letting her family know that it was all going to be alright. As a way of letting the world know of Elena's parents hope to carry her message in the book Notes Left Behind, a series of their journal entries during Elena's last months, written for her sister, along with samples of her messages and artwork. All the proceeds will go to the foundation that Elena's parents created "The Cure Starts Now Foundation."(www.thecurestartsnow.org)


The picture above was painted by Elena and is called "I Love You"
Posted by Whitney Nolte at 7:39 PM

Labels: Fall 2009 Entries, Modernism and the Master Class of Artists