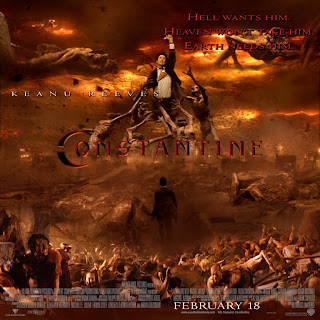 This poster from the movie “” is a design from today that is apocalyptic. The movie depicts heaven and hell from a world behind a world. This particular poster illustrates the perception of what the world would be like at the beginning or short after the beginning of the apocalypse; when God releases the devil to have imminent rein over the earth. This is basically showing hell on earth. This poster portrays the world in ruins, the sky burning, and people who are being tortured; all of these things are representing the apocalypse.

In the textbook on page fifty three, figure four-thirteen, the image of “The Four Horsemen of the Apocalypse” depict the same subject. Beatus of Fernando and Sancha, the creator of this piece, saw the first horseman as “God’s envoy and whose arrows pierce the hearts of the non believers.” The four horsemen represent war, famine, pestilence, and death. The book states that in this image these four figures ride forth to unleash their terror upon the world.

Beatus produces thick color that is very bright and contrasting in “The Four Horsemen of the Apocalypse.” These same vivid colors are constructed in the poster for the movie “.” The reds and yellows portray a sense of fire or burning. The cold blues and intense greens give you a sense of death and disaster.

Although, the stories may be quite different now; both of these illustrations portray the same apocalyptic subject. Each of the images makes a representation of a devastation or disaster of the end of the world.

Posted by Abby Helliker at 8:57 PM