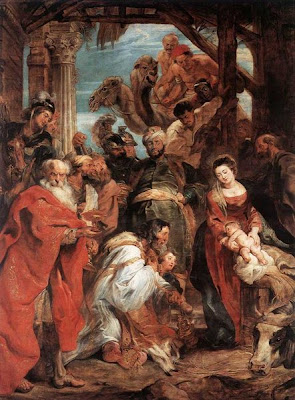 "Less is More", that is the million dollar question. Can having a simple design of any kind convey a message just as efficiently as a design that is covered from edge to edge with stuff? This is a question that has fueled much debate in the art and design world for centuries.
Starting with the very simple drawing that the primitive cavemen did thousands of years ago, art has evolved. Lets take the early cave drawings from French and Spain. These drawings were simplistic in nature, but conveyed a possessed a very clear meaning. A dear was painted to look like the deer, a horse looked like a horse.
But as the centuries passed, ideas in the area of art, sculpture, and architecture matured. However most of the subjects up until the Baroque and Rococo periods, while crude in some cases, possessed a certain sense of balance and space. Things were not just thrown in to fill up empty space.
The Baroque and Rococo saw a rise in vast ornamentation, particularly art and architecture. During these periods if there was an empty space available, it was filled. In the above painting by Paul Rubens, almost every space if filled with an image of something. This would tend to force the view to take longer to look at everything. Eventually the view would tend to get tire and move on possibly missing import details and messages Rubens was trying to convey. 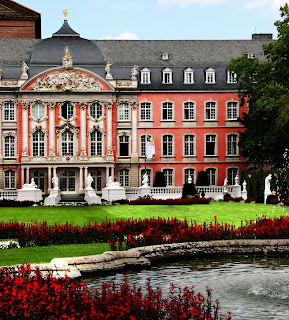 While looking at a building designed at the same time, the view can get the same sense of a highly ornamented building. To some this would leave a real sense of clutter. But the outside was not the only area that filled space for the sake of filling space. The interior of the building, both in the design of the walls, doors and windows but the furnishings as well. This conveys a negative sense of space. If one looks at the entryway you get that sense of "to much"

Some of the lessons learned from these periods extends through to the modern era of art and graphic design. Looking at a few examples of Impressionist art, less can convey more meaning than give the view a sense of space. In some cases it can ease the sense of "the walls closing in". Less can leave the viewer with a calming effect because they would not have to scan every space on the artwork.
Even in modern times a simple red square that fills the canvas can convey more meaning then a hundred-thousand little squares filling every space open space on the canvas. This can be true with graphic design as well.
A poster with an image and text centered on a piece of paper with nothing else around the borders can convey more information to the reader than a poster that is filled from end to end.
So, is less more? In my opinion, yes. I get more enjoyment out of a painting, architecture, or graphic art then I would the vast clutter of the Baroque era. But this question will continue to be discussed long into the next few centuries. It is just a matter of personal taste!