Apocalypse Then and Now

In medieval times, it was believed that the world would end with the “Last Judgment” predicted in the Book of Revelations. Most felt the year A.D. 1000 to be the year that it would come to pass, and on New Year’s eve of A.D. 999, Europeans stood through the night to await the end. In A.D. 776, a book detailing the Apocalypse was written by a Spanish monk named Beatus. The illustrations that accompanied the passages of the book were very vivid, as they were meant to relay the same message as the text to those who were illiterate. The thought of the Apocalypse instilled fear in some, while it gave hope to those who felt that their faithfulness would be rewarded when the end came. 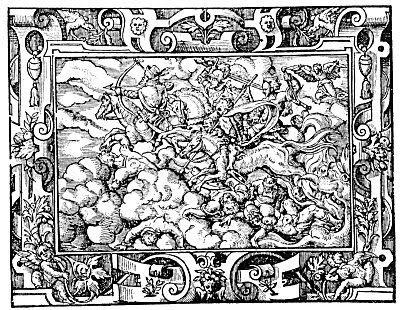 Now, theories concerning the end of the world still involve religion, but many predictions include everything from natural disasters to wars. The images depicting the apocalypse have also changed. Although they are no longer needed like they were when much of the population was illiterate, pictures dealing with the end of the world are still common. Wi

th the tools that modern technology has made available, pictures are more detailed than those from medieval times, but most of them convey the same emotions to us as medieval images did to the people of that time.
Posted by AC at 10:25 PM