William Blake to me is an illustrator. Although his work could definitely be categorized as fine art or illustration; It’s really a matter of opinion of the person interpreting his work. I base my opinion as far as Blake being an illustrator on the way that he incorporates his illustrations with the text of his books. For his time this is amazing.

This is a key element in determining an illustration from fine art. Fine art to me doesn't really have typography. Fine art should be able to speak for itself, words are not needed. If anything the typography may take away from the overall effect of the work of art. Illustration is being able to make your image and your typography communicate with the viewer. This allows the over all image to become concise and form one piece. 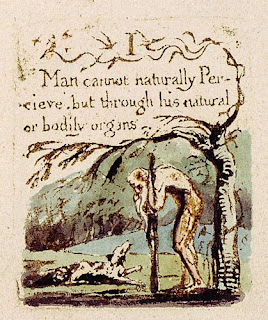 William Blake was very much a renaissance man. He was an English artist, mystic and poet. He wrote children's songs and poetry all of which were written from the child’s point of view. All of his writings were not of innocence and wonder however, many were. However he did several children's poems and songs that made him famous. 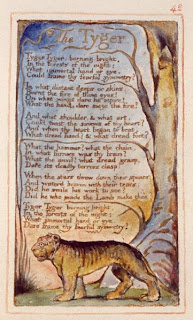 Although, not all of Blake’s works were not so whimsical. Several of Blake’s works were actually the opposite of whimsical. Such as his work’s on Dante’s Inferno. He illustrated fear and the after life. His illustrations helped impact the writings of Dante’s Inferno by creating an image for the reader that seems dark and desolate. In one illustration, Satan Watching the Caresses of Adam and Eve' (Illustration to 'Paradise Lost') in particular shows Satan is shown as a fallen angel. Adam and Eve caressing one another below. Satan is shown holding a serpent, which he seems to be having a conversation with it. All while Adam and Eve kiss and make love below. Satan envies their Paradise.
The illustration below is seen in Dante's Inferno: 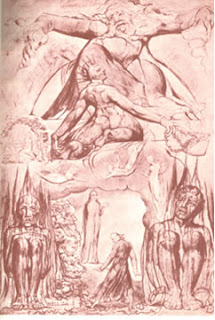 As an artist Blake studied and was influenced by the works of Raphael, Heemskerk, Dürer, and Michelangelo, who would become important influences to the fantastic and at times apocalyptic illustrations he created for his own writings and others’. Blake although he resided in London most of his life his work has an influential impact on artists, poets, writers, and musicians the world over. 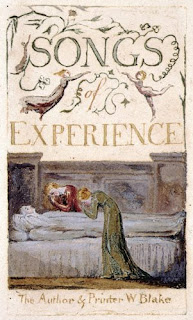 Posted by Anna Stanhope at 9:00 AM